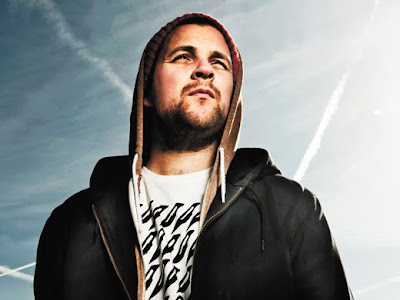 I had no idea what to expect when I turned up at the Roundhouse to see the play ‘Old Me’. There were a few paparazzi outside, a brass band playing indoors and a host of eccentrically dressed guests. I soon found out that it was also opening night for La Soiree in the main auditorium and this is what everyone was there to see.
After a quick drink in the bar we made our way to the much smaller Studio Theatre, a cute boutique space for more alternative experimental works showcasing at The Roundhouse. At the beginning of 2011 The Roundhouse invited Polarbear to create a new piece of spoken work specially designed for this theatre. The Roundhouse are passionate about exploring and providing a platform for new emerging artists and their work with spoken word, often holding projects for young people to get involved. The result of this dynamic collaboration with Polarbear is shown to us in an intense 60 minute play.
Polarbear wrote Old Me and performs the piece alone on stage, accompanied only by a sparse musical backdrop played by Daniel Marcus Clark on an electric guitar and cello. Polarbear himself is an impressive character actor, slipping into different personas swiftly and with staggering believability. His words seem to be autobiographical and for an hour he acts out and speaks about moments and realisations of note that he wants to share with us. It is an intense performance, very physical, sometimes sad, sometimes aggressive and often witty and funny…a touching balance of emotions from one man eager to share his memories with us. He has an incredible imagination and a skill for storytelling, I was most impressed by the lyrical poetic nature of his words, it was quite beautiful.
‘Old Me’ is a short and captivating piece, an hour well spent. Look out for Polarbear he is genuinely passionate about his craft and a fine example of raw talent.