The London Firebird Orchestra‘s 2014/15 season started on Tuesday night with the first of four concerts to take place over the next year. The programme boasted an array of the classical music world’s top Viennese waltz hits as well as a handful of charming German songs performed by soloist Silvia Hauer. George Jackson made his conducting debut with the orchestra and, having just come back from studying in Vienna, the theme of the evening was very fitting. It was also Jacqueline Martens first time as leader of the London Firebird Orchestra, making it a trifecta of new faces to the London Firebird stage.

The London Firebird Orchestra, set up in 2012 by Marc Corbett-Weaver, is the answer to where recently graduated music conservatoire students go to play in the terrifying ‘what now’ gap after leaving education and before securing a seat in one of London’s established orchestras . The young group of musicians create an energy that only a young dynamic orchestra can provide. The collective youth of the orchestra was sometimes visible in the occasionally tentative playing, but generally, the group held their own under the excellent direction of Mr Jackson. Though the programme’s unvaried material was not adventurous, the instrumentalists, most especially the wind sections, thrived on the notoriously tricky syncopated rhythm of the Viennese waltzes. I will take this opportunity to commend Alisdair Hill (oboe), Samantha Pearce (flute) and James Meldrum (clarinet) for their excellent playing, both in the ensemble and solo passages. The orchestra in general appeared to grow more confident as the evening went on and by the end of the concert the atmosphere was buzzing with Viennese whirls and flourishes.

It must be said that the real star of the evening was Silvia Hauer, the mezzo-soprano soloist. Her charisma and excellent stage presence punctuated the evening, providing respite from the heavier instrumental waltzes. The programme of songs enabled Ms Hauer to showcase her superb singing and also her wonderful acting ability, going from a passionate Carmen in Bizet’s ‘L’amour est un oiseau rebelle’ to a hilarious drunkard in Strauss’ ‘Schwipslied’ from ‘Eine nacht in Venedig’.

The rest of the programme also contained some highlights, from the tradition of the instrumentalists singing in the Bauern Polka by Strauss, to the comical homage to the original performance of Haydn’s ‘Farewell’ movement of his Symphony no. 45 in F-sharp minor, in which members of the orchestra would gradually get up and walk off eventually leaving only two violinists and the conductor on stage. These fun touches and the double encore at the end, complete with audience participation in the form of clapping (expertly conducted by Mr Jackson) were the components to a satisfying and pleasant evening of famous Viennese music at the Actor’s Church of Covent Garden. You can catch the London Firebird Orchestra at their next concert on the 8th of February 2015 at their King’s Place debut where they will be playing a varied repertoire of classical composers. 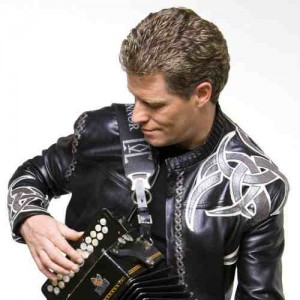 If before Wednesday afternoon you had asked me whether an accordion player could ever be a rock star, I wouldn’t even have dignified such a ridiculous question with an answer. This week I was made to reassess that position, by none other than Liam O’Connor, a supremely talented multi-instrumentalist from County Cork. Not only has Liam performed alongside the biggest name in Irish music, as one of the original lead musicians in Michael Flatley’s Lord of the Dance, but he also holds the impressive Guinness Record for the “fastest fingers in the world”, which we would soon experience, from a safe distance – “Jimi Hendrix of the accordion” is not a title given out lightly.

I have been to Ronnie Scott’s many times before, but never at midday, and never to see an accordion performance. After a brief delay for sound checks, Liam O’Connor took to the stage. Ably supported by his band, and his own children on a variety of traditional Irish instruments, Liam proceeded to deliver an hour of infectious toe-tapping, whirling, dazzling musicianship. Quickly discarding his signature leather jacket, he threw himself into the performance, covering every inch of the stage, caught up in his own music. More frequently than I, and anybody for that matter, could imagine, Liam found himself lying on the floor, eyes firmly shut as his record-breaking fingers dashed up an down the keys of the accordion. After feeling briefly uncomfortable as only the British can at such a show, I settled back and succumbed to the foot tapping and hand clapping.

Liam stuck mainly to the accordion, showing how gracefully one can manoeuvre such a cumbersome box around, often swinging precariously in one hand as he flew round the stage in a frenzied trance. Highlights of the hour long set were Local Hero and Tico Tico (the track he performed for his world record) which both feature on the album, as does Harmonium. For Lark, Liam took up the “low whistle”, which aside from being a compliment in some neighbourhoods around Ronnie Scott’s, is also a classical Irish instrument. I have to admit, while impressive and catchy, it was a little too close to Ron Burgundy’s jazz flute routine for my taste.

Only one moment could perhaps have taken away from what was a wholly enjoyable afternoon, and that centred on the Rasta Reel, Liam’s unique take on Bob Marley’s iconic No Woman No Cry. It was a wonderful performance, and if it had taken place in the evening, to a packed house, I’m sure we would have had no qualms about being asked to head to the stage and sing and dance along. But this was midday on a Wednesday, Ronnie’s was half full, not enough wine had been consumed, and we were all extremely middle class about it all. As Liam bravely gestured to the assembled shufflers to sing along, the band’s volume lulled, and we were treated to the reedy, shifting choir of whispering voices, half-heartedly advising some mythical woman not to cry. I felt like Hugh Grant in About a Boy, when they sing with their eyes closed.

This aside, it was a thoroughly enjoyable afternoon, and I would recommend anyone with an interest in good music, or accordions, or both, to head over to the Killarney Avenue Hotel this summer, where Liam is performing throughout the summer months (more information here). If that’s too far for you to go, however, there’s always his cd. 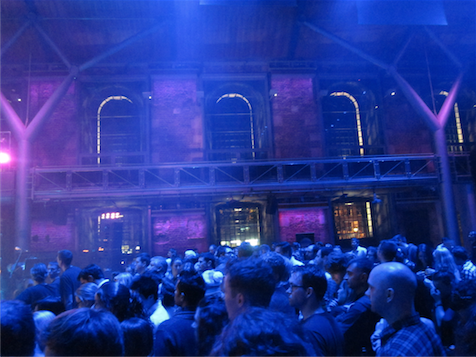 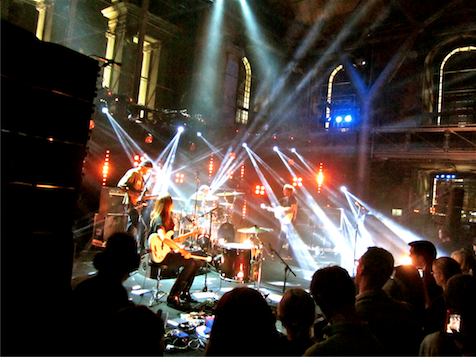 Ben Howard is not an artist I have ever been crazy about but I was very excited about visiting the impressive St Luke’s venue, which didn’t disappoint. Steeped in vibrant blue light, this huge building in East London has the ideal acoustics for musical performance. I didn’t know what to expect at the Barclaycard Mercury Prize concert of Ben Howard and Roller Trio but it turned out to be a very enjoyable night.

We began the evening downstairs indulging in endless salty nibbles and glasses of champagne. The ticket marked a 7pm start time, but in fact the music didn’t kick off until 8 which gave us a whole hour to polish off the wasabi peanuts, cheese straws and mixed nuts. Bellies heavy, we followed the crowd up to the stage where we managed to find a good viewing position. The room is grand, tall and spacious, ideal for loud resonating bands and hordes of people.

The Roller Trio are a purely instrumental outfit. I would describe them as experimental jazz funk although I’m not sure that’s how they would define themselves. The sound is bold and powerful, impressive for such a small group. Aside from the erratic compositions, I immediately noticed the talent of these three young men, and in particular saxophonist, James Mainwairing. They bear little relation to Ben Howard’s music but the Mercury shortlist is known for its eclecticism.

At 8.30 ish Ben Howard casually strode onto the platform, band in tow. The group seemed more mature in the flesh and strummed through the first few numbers thoughtfully. Ben soon relaxed and became rather less tame, bouncing around, head dropped and hands strumming furiously. Suddenly there was passion. The male band members seemed less bothered going through the motions of each song (let’s be honest they are all quite similar) and at times looked a little bored. The lone female was the most enthusiastic of the bunch and played with intense concentration and dedication at all times. The music produced was balanced and together with some beautiful playing of Ben’s varied melodies. The set came to an abrupt end after only four or five songs, unfortunate as they seemed to really be on the up.

If I’m honest Ben Howard still wouldn’t win my vote for the prize but after witnessing his passionate set I may put a few of his songs on my iPod. I really enjoyed the atmosphere and excitement at the Mercury Awards gig and loved being involved in the run up to this prestigious award. Congratulations to winners Alt-J who took home the prize a few nights ago.