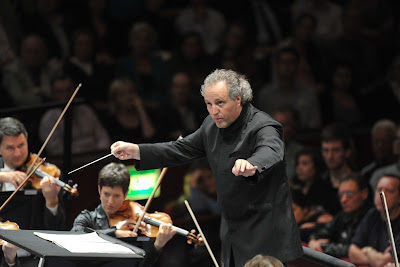 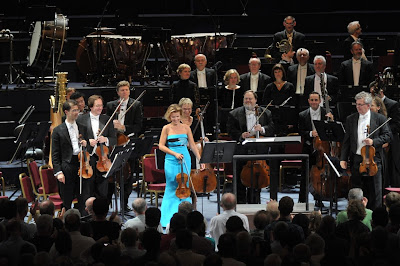 photos by: BBC/Chris Christodoulou
The Annual BBC Proms at the Royal Albert Hall are attended by thousands of music fanatics every year, they are a traditional part of the summer in London. While some lucky listeners are seated, hordes gather in the centre of the great hall, squashed tightly together desperately trying to catch a glimpse of the action. We were amongst the ‘prommers’, and arriving just before the curtain up had to contend with several very grumpy audience members while trying to eke out an inch of space.
On the menu for Prom 69 was Wagner’s ‘Lohengrin- Prelude, Act I’, Wolfgang Rihm’s ‘Gesungene Zeit’ (playing for the first time at the Proms) and after the interval, Mahler’s epic ‘Symphony No.5 in C sharp minor’. A diverse selection all played by the Pittsburgh Symphony Orchestra conducted by Manfred Honeck.
Played well, Wagner is unbeatable in my opinion, and this rendition of the delicate Lohengrin prelude was spot on. The light airy music could have been lost in the huge Albert Hall, but the orchestra made it twinkle, adding energy and mythic magic to even the quietest passages. I felt soothed by the music, the ethereal depiction is deeply moving and in some ways healing too, a mesmerising start to the evening.
For the Rihm the orchestra were joined by soloist Anne-Sophie Mutter, a virtuoso violinist who began performing professionally at the age of 13. Dressed in a striking turquoise dress (not that I could see much of her) she stormed through the exceptionally challenging modern composition, a piece that was written specially for her in 1991. A haunted fragmented melody makes Rihm’s music deeply unsettling, and I think the audience found it difficult to concentrate. Mutter seemed unfazed though, playing with ease and power, showing particular animation in the very high top notes. After the Rihm, Mutter treated us to a gorgeous piece of unaccompanied Bach; I think everyone was grateful to hear something a bit more tuneful from her.
Having battled throughout the first half jostled by bad-tempered prommers, we were kindly relocated to the stalls for the second part, to enjoy the Mahler from the comfort of a seat. The dramatic Symphony No.5 is unusually made up of five contrasting movements, and requires a massive orchestra. Honeck kept a strong hold over the ensemble throughout, guiding them efficiently through the music. I loved the percussion section, you could always tell when a climax was coming because the five timpani players would get up and walk up to their instruments like hungry predators. It was a tour de force, and though I far preferred the first few movements to the later, the whole piece was all consuming and wonderful to watch.
The 2011 Proms conclude this Saturday 10th September with a special programme of favourite pieces – see website for more information here.