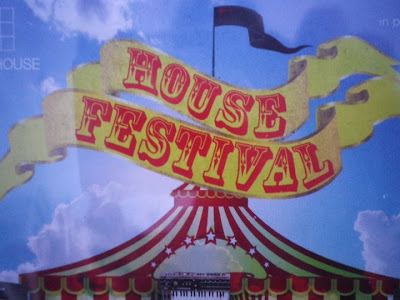 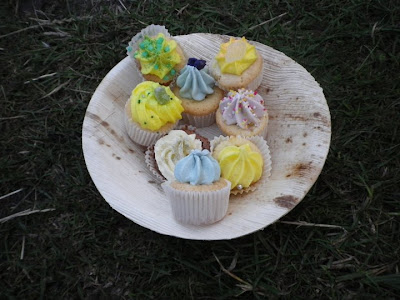 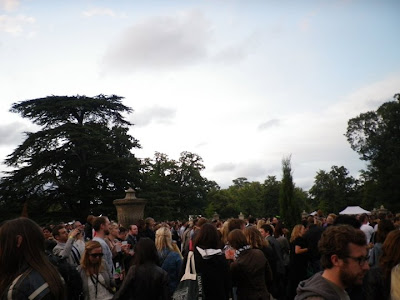 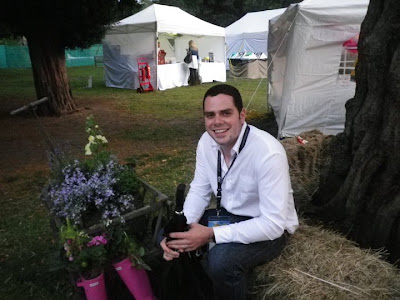 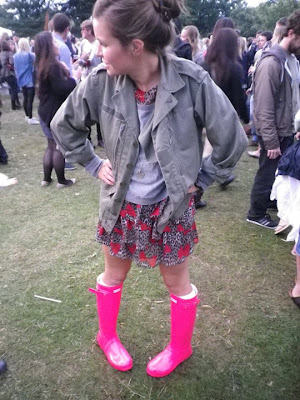 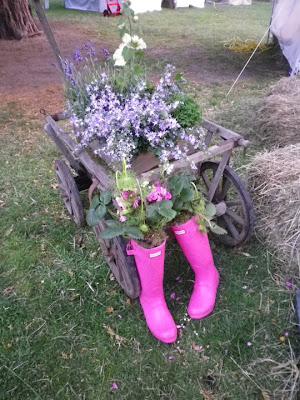 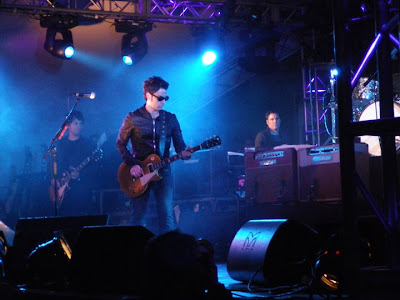 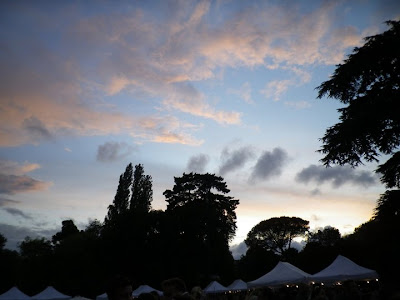 Last week, very last minute, I was invited to House Festival, a day of fabulous music, food and drink in Chiswick Park. With ticket costs at a staggering £195, this was one guest pass I was not going to turn down. The event was sold out, and full of corporate types, enjoying a day of free premium food and drink. As a Chiswick resident born and bred, this park still holds many vivid memories for me: Sunday walks, tree climbing expeditions with friends, begging my parents for an ice-cream in the park cafe. It was nice to return, albeit for very different reasons.
Unlike most music festivals, here the stage area was small and under-populated, with guests preferring to loiter around the sumptuous displays of lobster, hog roasts and delectable Grey Goose cocktail stalls. I arrived after work at 6.30 ish though the party had begun at 3. After a day of rainstorms, I’d opted for my neon pink Hunter wellies, delighted at the chance to finally take them out. Sure enough they got some looks (I beamed proudly), well anything quite so dayglo is likely to turn a few heads.
I grabbed a hog roast bap and a ‘Provence Presse’ Grey Goose cocktail and meandered over to the music to listen to some of the Noah and the Whale set. This five piece, indie/folk band originate from Twickenham and seemed at home on the Chiswick platform. Sadly without much energy and interest from the crowd they lacked motivation a little and didn’t seem that bothered when it was their time to leave the stage. This lacklustre feel continued for most of the evening… Tinie Tempah seemed to be a different artist entirely from the spirited man I’d seen only a few days before at Hop Farm.
The food and drink was all delicious – fresh produce, presented and served to the highest standards. It was lovely to not worry about money and cost, everything was free which made things quick and easy! The toilets queues were negligible, a rare festival occurrence. Of the stalls, it was the more quirky that excited me: the mini cupcake stand, the ready to use photo booth, a pretty choose-your-own flavour candy floss stall.
The headlining act, Stereophonics came on promptly at 9.45, introduced by a beaming James Cordon. They too seemed unexcited by this suburban gig and all looked a little aged and weary. However a few familiar hits later and the, now very drunken, audience seemed to have been given the shock of power and inspiration they needed, and began joining in with the singing band. It was a great set, filled with all the favourites tunes, afterwards the crowd stumbled out, ready to collapse into their comfortable Chiswick beds.