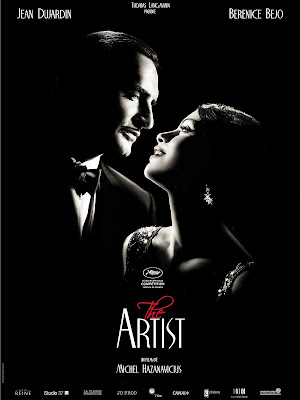 Why did silent movies go out of fashion? It is the question lead character, George Valentin argues, and a conundrum I pondered while watching the Michel Hazanavicius film ‘The Artist’.
‘The Artist’, like many others before it, is a movie about a movie. It’s set in the 1920s in Hollywood: George Valentin is a silent movie actor, an idol. Outside, after the premiere of his latest film, he meets, by chance, Peppy Miller, a star-stuck fan and aspiring actress. There is an obvious attraction immediately between the two. They meet again on set when Peppy is an extra in his next film and dance briefly, a passionate friendship begins. Soon ‘talkie’ films take off, and while George is left behind, Peppy gets her big break, a star of the new genre of talking films. Their roles are dramatically reversed as is their unconventional friendship.
On screen there is undeniable chemistry between the two leading actors Jean Dujardin (George Valentin) and Berenice Bejo (Peppy Miller) dancing youthfully and sharing a love for cinema. I adored the retro feel of the film, stunning costumes and styling, and Chaplin-esque wit. The lack of language barrier allows this film to appeal to anyone and everyone.
I went to see ‘The Artist’ at the Westfield cinema, which is, admittedly not the most charming of venues! If you have the choice I would recommend visiting the Electric in Portobello or the Ritzy in Brixton to see the film while sipping a glass of wine. The Artist is beautiful, classic and romantic, subtle and simple. It is visually spectacular, a vintage picture that is heart-warming and utterly enjoyable.