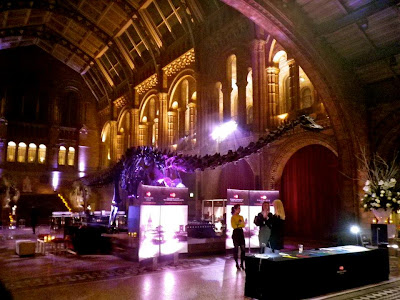 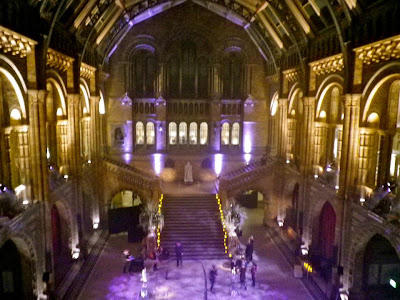 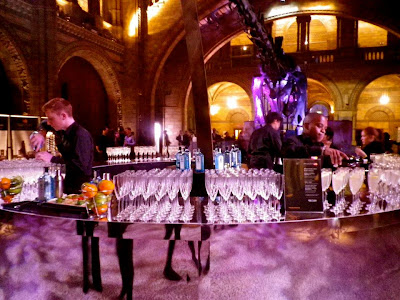 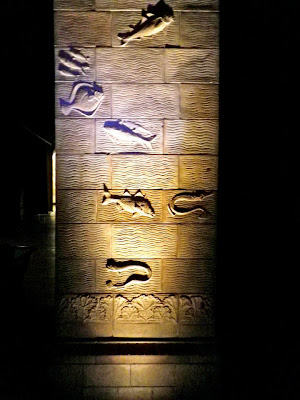 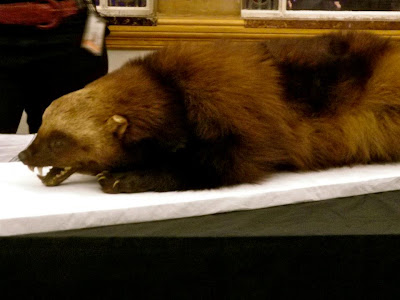 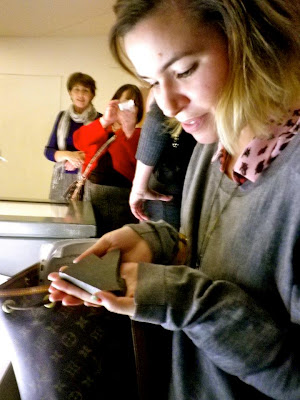 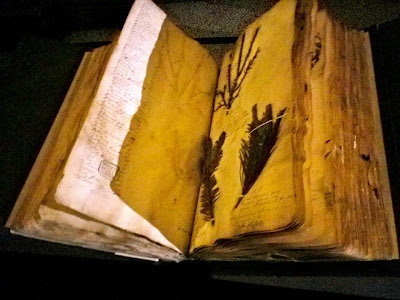 It was just like the film ‘Night at the Museum’ when we turned up at the magically illuminated Natural History Museum for one of Mastercard’s Priceless nights, I was invited along to their most recent event at London’s most famous Museum to learn, explore and eat.
The hall inside was wondrous, soothing string music, lights flickering and glasses of champagne cocktail clinking, a true Winter Wonderland. After some delicious canapes (so good, you want to follow the waitresses around), there was a brief talk where the evening was explained… we were split into groups and taken round with guides – experts in different areas: Dinosaurs (Paul Barrett), Fossils (Adrian Lister), Plants (Mark Spencer), Rocks and Meteorites (Natasha Stephen) and Mammals (Louise Tomsett).
We were off to see the dinosaur man first… torches were handed out for our atmospheric tour in darkness. It was exciting to understand these fascinating creatures and to see the proof of their existence. Although I have visited the Museum before, never have I been so intrigued and amazed by the stories behind the specimens. The mammals are intriguing and adorable, we learnt about snow foxes and reindeers (the scientists were keen to put a topical Christmas spin on their talks). Next we walked through the spectacular vault to reach Natasha Stephen, who specialises in meteorites from Mars! We all got to hold and examine various ancient meteorites, including rocks that had compounds older than the earth itself, it was amazing.
Before the final two sessions, we were treated to more music and bowls of food in the main hall: Thai beef curry, sausages and mash and vegetarian risotto was on offer, warming and comforting food that replenished our energy. We met a lovely group of people who mentioned that they attend all the Mastercard Priceless events, and couldn’t praise the programme highly enough.

Mark Spencer, plant man, was engaging and friendly, better still he was very passionate about his speciality and this rubbed off on us… the talk about holly and ivy and other Christmas plants was very memorable. Finally we went down to the fossils to see specimens from the last Ice Age, apparently relatively new fossils compared to others in the vast National History Museum collection. It was hilarious to hear how these mammoth tusks and lion imprints had been found in Ealing and Isleworth, the very ground we walk on every day.
Exhausted from our exciting educational evening, (I did regret wearing heels for such a museum trek), we ate our chocolate mousses and left before the crowd. Thank you Mastercard for a truly imaginative and informative experience, it was one of the most unique nights I have ever had the pleasure of blogging.