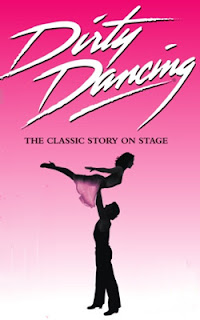 I’ve been to see Dirty Dancing – The Classic Story on Stage twice in London’s West End. Once because my friend from university was singing in the show, and for a second time because I enjoyed my first visit so much.

The musical is based on the hit film with Patrick Swayze and Jennifer Grey. It captures both the love story and the impressive dancing. My only complaint is the lack of live music within the musical, it uses mostly recorded tracks. This focuses attention on the dances.

The cast of Dirty Dancing has recently changed with Hannah Vassallo as Frances ‘Baby’ Houseman, Johnny Wright as Johnny Castle and Dancing on Ice star Ray Quinn as Billy Kostecki. I often find that going to a show just after a cast change is the best time – the performance has a fresh energy that seems to fade later in a cast’s run.

Dirty Dancing has been enormously popular with London audiences. The show sold out for the first six months of its run before it even arrived on the London stage. Audiences are going back for more, with The Observer newspaper calling it “the biggest live theatre sensation of all time”, now is a good time to get your dancing fix.